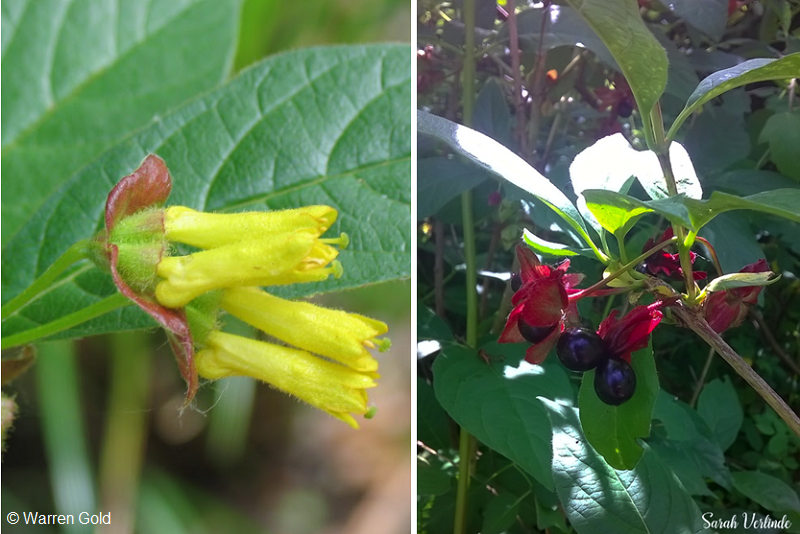 The tubular shaped flowers provide an important nectar source for hummingbirds, butterflies, and moths.  The berries are eaten by birds, small mammals, and bears. In restoration applications, Twinberry is a great shrub to plant along shorelines and help stabilize stream banks.

The berries may be poisonous and at the very least considered inedible. The plant was used in a variety of ways by Native Americans by using the leaves, berries, or bark as poultices or tea for various ailments.  The Quileute and Kwakwaka’wakw tribes used the berries for a black pigment, and the Haida used them for a black hair dye.

This article was written by Sarah Verlinde-Azofeifa. For questions regarding the EERC Native Plant Guided Tour, contact Sarah at severlin@uw.edu.